What exactly is bowel cancer?

Bowel cancer - also known as colorectal cancer or colon cancer - is a general term for cancer of the colon (the large bowel) or rectum (the back passage). Cancer can also develop in the small bowel (the small intestine), but this is much rarer.

Both men and women are susceptible to bowel cancer.

It is important that bowel cancer is recognised as one of the most common types of this condition, as it is the UK’s second biggest killer. This is due to lack of awareness about the symptoms - and while they aren’t always obvious, a simple test can tell all.

Since the late 1970s, bowel cancer rates have increased by 14%, according to Cancer Research UK. 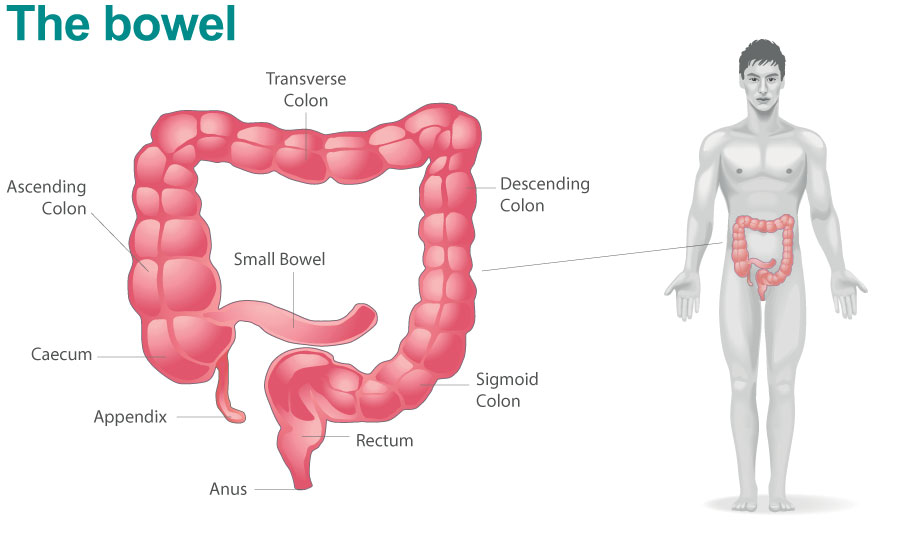 Function of the large bowel

A main organ and vital part of the digestive system, its key function is to absorb energy, water and nutrients from the food we eat. It passes out the remaining waste products in the form of stools (poo).

How does bowel cancer develop?

Cancer is a change in the way controlled cells grow. Errors in normal cells lead to growth in an uncontrolled way and most bowel cancers start as benign innocent growths called polyps. These form on the wall of the bowel and they look like small spots or cherries on a stalk, and often don’t produce any of the symptoms associated with bowel cancer.

As we grow older, polyps are a common occurrence, but most are not pre-cancerous. One particular type know as ‘adenoma’ can become cancerous (malignant) and if left undetected; the cancer cells will multiply to form a tumour causing pain, bleeding and other symptoms.

If left untreated, the tumour can grow into the wall of the bowel or back passage.

About 1 in every 20 people in the UK will develop bowel cancer in their lifetime.

If the uncontrolled cells become aggressive, they can spread to other parts of the body and this process called ‘metastasis’.

Once cancer cells are in the wall of the bowel, they can transfer into the bloodstream or lymph nodes, and it’s this which enables the cancer cells to travel to other parts of the body, most commonly leading to liver cancer and lung cancer. We are committed to promoting early detection in order to avoid this.