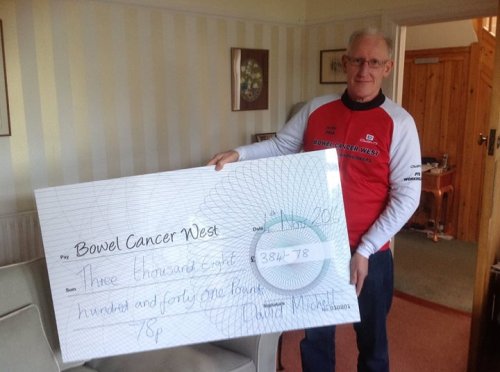 An extraordinary effort from star fundraiser David Mitchell who, following treatment for bowel cancer, decided he would cycle from Lands End to John O' Groats. On May 8th 2016 he set off, reaching John O' Groats 14 days later. David Even during his treatment, David continued to work and cycle! In total, David raised a staggering £3841.78 and is a complete inspiration to anyone going through what he did and those looking to fundraise for BCW! We are so grateful for his support to our cause!