The board has eight trustees, carefully selected for their broad range of expert skills and vast experience in the health and commercial sector. They are responsible for the overall work of the charity by setting objectives and monitoring progress.

The trustees don’t hold back when it comes to ground level support and you will frequently see them getting stuck into volunteering. Whether it’s placing collection tins, leading a research project, or peddling the country lanes to raise funds, the trustees are hands-on and passionate about the charity’s success. 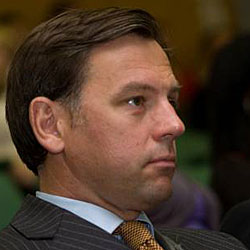 Mark has been a Consultant Surgeon at Derriford Hospital, Plymouth since 2001. He has been the National Lead Clinician of the Lapco National Training Programme in laparoscopic colorectal surgery since September 2008 and was the Colorectal National Advisor to the Department of Health (DH) Enhanced Recovery Partnership Programme from January 2009 until June 2010 and National Advisor to the DH National Training Programme for low rectal cancer (LoReC) from 2010-11. Mark is RCS (England) Deputy Regional Speciality Professional Advisor for General Surgery for South West England and a member of the Peninsula Deanery School of Surgery Board. He is also on the Executive Council of the Association of Coloproctologists of Great Britain and Ireland as well as being Chairman of External Affairs. Mark lives on the rain-soaked edge of Dartmoor with his wife, Jilly, son James and a variety of hairy and feathered additional family members. A huge cycling enthusiast, he has peddled many a mile to raise funds for BCW over the years.

Originally from Plymouth, Jonathan has a 20-year career in marketing and his experience covers a range of sectors, including charities. He supports Bowel Cancer West using his day to day skills and has an address book of contacts that’s unrivalled. His company developed the original on-line Lapco Surgical Training Programme which highlighted to him the importance of communicating the message about bowel cancer. His involvement with our organisation is important to expand our reach and the understanding of those who hear about us. Jonathan lives in Plymouth with his family and he is a keen motorsport enthusiast who prefers taking part to watching it. 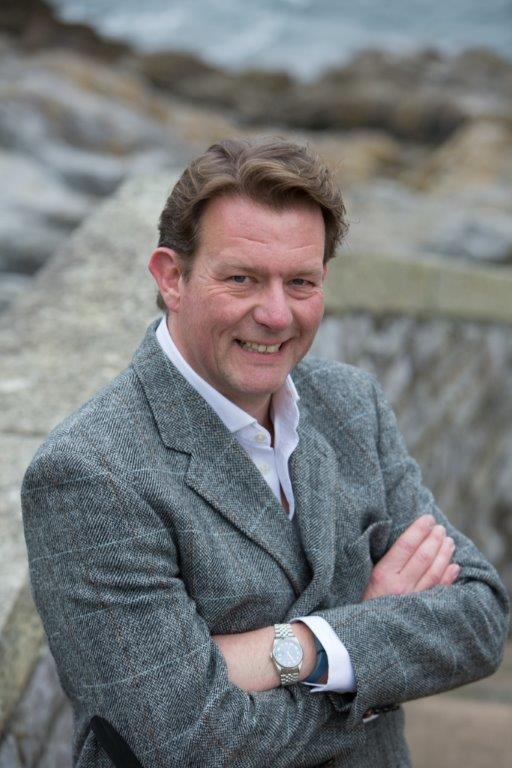 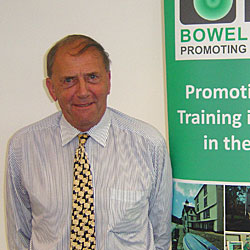 As a pivotal member of the board, David was involved in the establishment of BCW right from the start after being diagnosed and cured of Bowel Cancer himself, and was instrumental in setting up early fund raising activities for BCW. Until recently David was farming organically in the South Hams. He has exhibited and judged at most agricultural shows in the UK and internationally in New Zealand and Kenya. Wool production in the UK is high on his list of priorities and he has represented the South West of England on the British Wool Marketing Board for 15 years. He is also a Trustee of the B.W.M.B Pension Fund and has been past President of Kingsbridge Estuary Rotary Club. 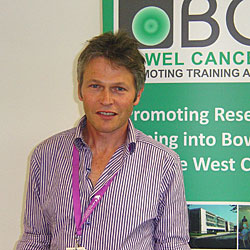 Gary is a Scotsman, raised in South Africa who trained as an anaesthetist in the UK and Australia. His key role at BCW is to support and influence the research side of BCW’s work and he assists recipients of the grants we award relevant to bowel cancer in the South West. Gary is conducting research and is particularly interested in interventions to enhance recovery after major colorectal and joint replacement surgery in preoperative cardiopulmonary exercise (CPX) testing to assess the risk to patients from major surgery, and in physiological monitoring and fluid management during operations. Outside of work Gary enjoys most sports, but (in his own words) hasn’t yet unearthed one that he is especially good at!

Helen lives in Falmouth.  She has worked within the Charity sector for 27 years. Working with ActionAid as the Fundraising Manager for the South West. Helen was responsible for setting up the home telephone teams; raising much needed funds to enable the charity to carry out its International Overseas projects.  In 2000 Helen established her own company and is currently working with 70 of the top UK Charities working closely with the charities and supporters to raise awareness and funds to carry out their vital works. In 2015 Helen was diagnosed with rectal cancer and is now in remission.  Helen enjoys keeping fit, running, and sea swimming.  Is also a volunteer helping to raise much needed funds for Charity. 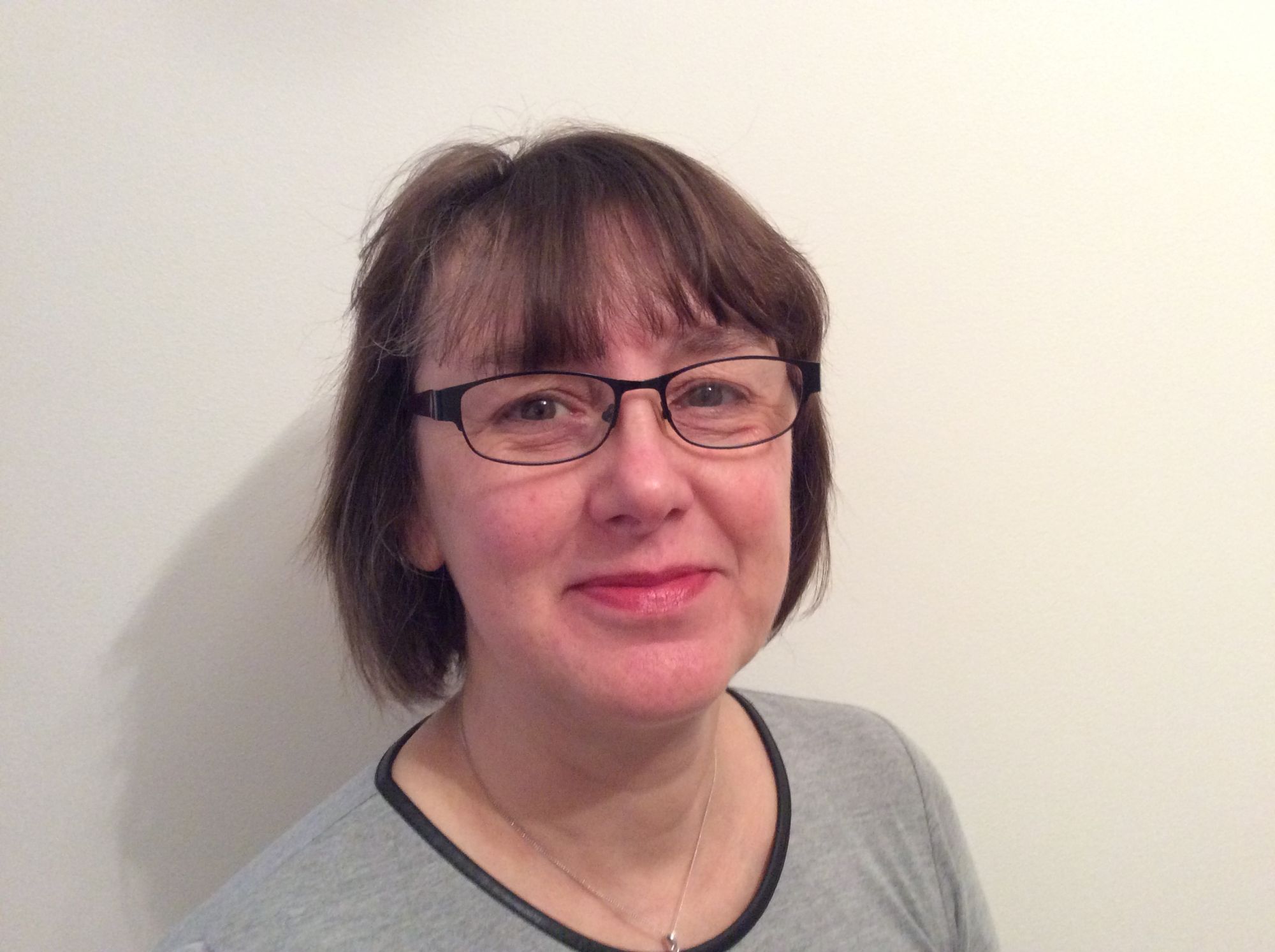 Diane is a qualified nurse who has spent many years as a ward sister at bowel surgery wards in three separate hospitals. Diane has seen first hand the impact of patients not recognising their symptoms early or denying their symptoms. Diane is very keen to support raising awareness of bowel cancer and its symptoms as well as supporting health promotion.

Based in Truro, Cornwall with his wife and two boys, Paul has a vital job operating on and supporting patients with colorectal cancer. Outside Paul’s professional role, he’s fantastic fundraiser and clinical spokesman for Bowel Cancer West, having frequently appeared in the media to raise awareness of bowel cancer. Paul also has a love for dismantling clapped out cars and metamorphosing them into finely tuned ‘sports cars’. Paul famously won the 2017 Crumball rally driving a ‘Fabrarri’ (and again in 2018), raising considerable funds for BCW and highlighting the importance of an early diagnosis of bowel cancer. Paul was also one of the original founding members of the ‘BCW Grand Tour’. 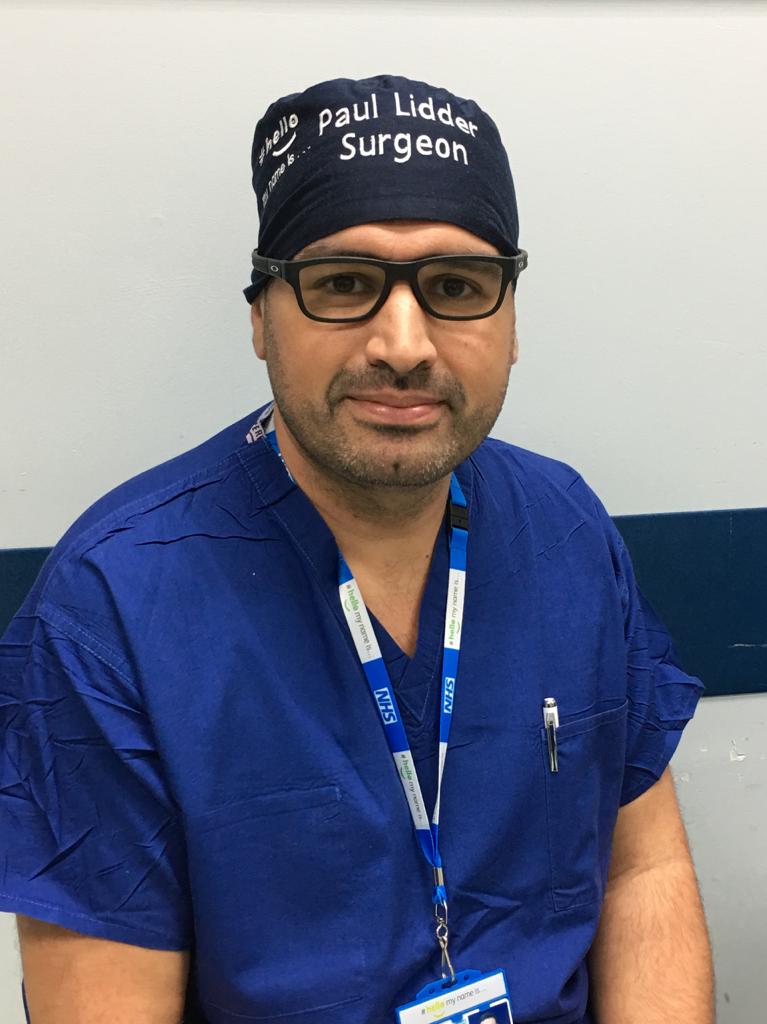