BCW IRON MAN SAYS HE IS READY FOR THE 255 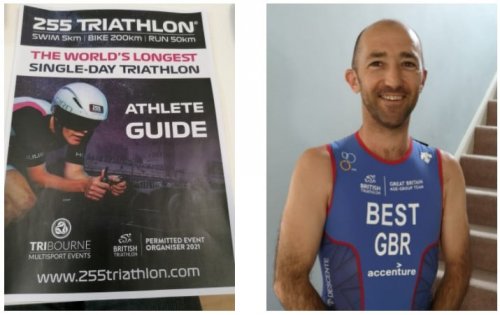 And while John Best is used to pushing himself to the limit, he knows this is his toughest challenge yet.

“I am strangely drawn to tough events as I love to see how much I can take. At the time you scream inside but that adrenaline kicks in and making yourself keep going to the end is strangely so rewarding.

“The head after all does rule over the body. You don't know what you can do until you reach those limits,” said John, who will be cheered on by his wife, Angela, and three daughters.

John and Angela set up Best Accountancy in 2003, and it manages the books for Bowel Cancer West.

And he wants to raise funds for BCW from The 255: “I have lost a former boss and an uncle to bowel cancer, and I almost lost a really good friend to the disease too.

“I have come to realise how important what we feed ourselves is as we take for granted what our bodies do for us and raising awareness to how to look after yourself is so important,” he said.

“It has been sad to see the charity I have supported for a number of years have so much of its hard work undone by the Covid pandemic. I have decided to try to help in my own way.”